2017 was a year of change! I thought it would be fun to recap it for my future self and anyone else who might be interested. I love reading these from other freelancers so if you’ve written a year review send the link my way…

Moving out of London

In January I had potentially the busiest month of my life! I went to CPDP in Brussels with Google, and for a long weekend holiday in Copenhagen, while packing up my life to move out of London. Luckily my wonderful parents offered to drive the round-trip to London to pick up my stuff before all the craziness kicked off. 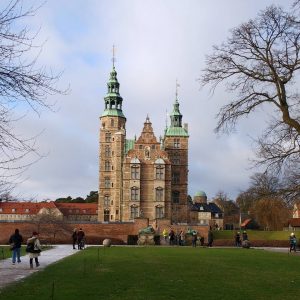 Moving out of London was the biggest change in the last 5 years or so… I was a bit nervous about missing London, but confident it was the right decision. As it turns out several of my favourite Londoners also moved away in 2017, and I went back fairly regularly for work, and as of right now the only things I miss are a few friends, Hampstead Heath and my favourite Kentish Town pub. In February and March I had a lovely time on the Wirral, staying with my parents while I flat-hunted in Manchester. A lot of my time was spent on SpareRoom, and I made the decision not to look for more freelance work until I moved,  so I kept one of my freelance jobs from London, and took advantage of the extra downtime to reflect on what my next steps would be.

In April I moved to Manchester! At some point it had managed to edge out the other cities that had been on my ‘after London’ list (sorry Liverpool, you’re still one of my faves).

June was a brilliant month. I worked at Dublin Data Summit with Google, and got to meet this fantastic guy, Vint Cerf. Imagine your job title being “Chief Internet Evangelist” at Google! He worked on developing IP protocols and is often referred to as one of the “fathers of the Internet”. We were thrilled he stopped by the Google stand to say hello and hear about what we were doing.

I also started my new freelance job at The Landing in MediaCityUK as their marketing manager, looking after all things social media, content and email marketing. 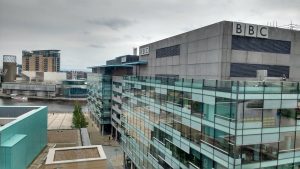 In August I spent a lot of time back on the Wirral since my brother was visiting from Malaysia. Two of my favourites came to stay for the bank holiday weekend too. Looking back now August was definitely the calm before the storm…

Autumn, AKA Everything Happens At Once:

September saw the start of my AET course, something I’ve been wanting to do for a while. I also heard a rumour that a project I worked on, the Digital Garage, was heading to Manchester for a year-long stay…

October managed to beat out January as Busiest Month Ever, in a very good way. I moved out of my flat (3rd move of the year, if you’re counting), and put all of my stuff in storage for 3 weeks while waiting for my new place to be ready. In the meantime I visited one of my best friends in Glasgow for a lovely and much-deserved break full of food and music, commuted from Wirral to Manchester for work and my AET course, went to the Google office in London for an exciting (and then top secret!) meeting about Manchester Digital Garage,  and basically spent a lot of my life on trains. 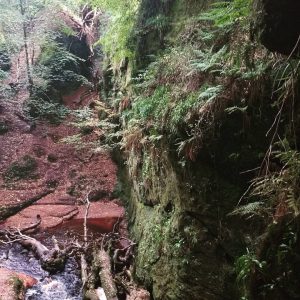 Fate decided that moving day and the start of training for the Digital Garage should be on the same day, of course, so I camped out in my lovely, completely empty new flat for a few days while training in the day, working at night and trying to figure out what to eat without any pans or a microwave. Eventually I managed to squeeze in a 6am move and acquire some furniture.

Training with the Digital Garage Manchester team was brilliant and sort of felt like I was finally taking time ‘off’ for personal development – fellow freelancers will know that training often falls to the bottom of the to do list. We bonded a lot as a team and between both this project and The Landing it was the first time I’d worked with consistent teams in quite a while – a welcome change from working from home on my own 90% of the time!

In November Brussels was calling again for IAPP (privacy conference) with Google. I also popped to London for a few days for The Business Show with the Digital Garage on Tour team – the one time of the year where so many of the trainers are in one place and get to catch up properly! We spent two days at Olympia training hundreds of small businesses on digital skills.

The Digital Garage finally opened in Manchester on 20th November, and we celebrated with a launch event with talks from Ruth Porat and Greater Manchester Mayor Andy Burnham before opening to the public in the afternoon. The team were suitably excited and I loved spending the day chatting to the public about what we could offer them, and hearing from some of the wonderful businesses who have benefited from our free training in the previous Garages. 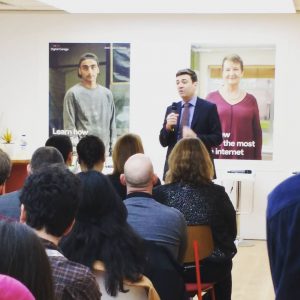 December was all go at the Digital Garage, rounding up our last few 2017 events at The Landing, and preparing/delivering a Micro Teach session as part of my AET course assessment. And it was also full of Christmas parties! As a freelancer my Christmas work events have varied hugely over the last few years, so it was lovely this year to celebrate with three fantastic teams I’ve had the pleasure of working with in 2017. 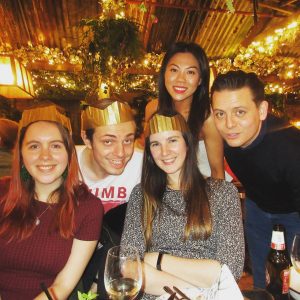 I even managed to take a few days off over Christmas this year! Finally sort of have this whole work/life balance thing worked out after four years (don’t ask about January).